Apple iOS 14.5 Privacy Requirements and iPadOS 14.5 are scheduled for an early spring 2021 release. The new release will include many new... 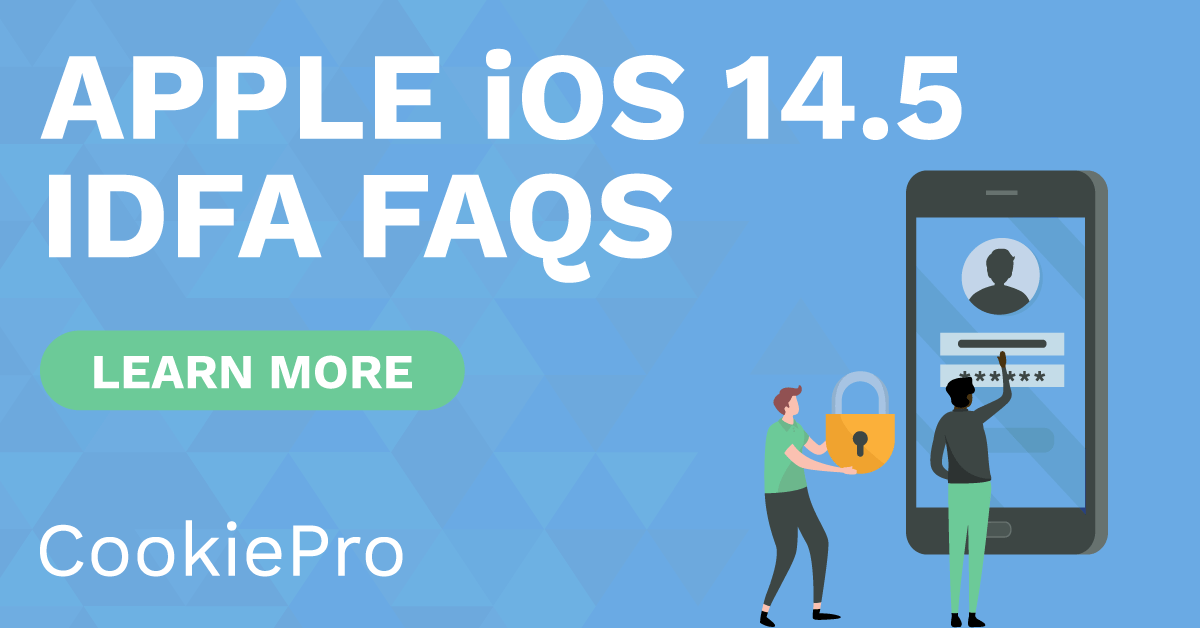 Apple iOS 14.5 Privacy Requirements and iPadOS 14.5 are scheduled for an early spring 2021 release. The new release will include many new features, including a major privacy upgrade, including App Tracking Transparency, a feature that was slated for the initial release of iOS 14 but delayed until now.

Mobile app owners are preparing for Apple iOS 14.5 privacy requirements before the deadline. Below is a list of your top iOS 14 IDFA questions answered.

Watch the Webinar: iOS 14 IDFA Changes: How to Maximize Opt-Ins

What is an IDFA?

An IDFA is a unique identifier used to target and measure the effectiveness of advertisements on mobile devices at the user level.

What is Apple’s plan for IDFAs?

In 2020 Apple announced new privacy changes and features that will be incorporated into iOS 14.5.

Apple announced at WWDC that iOS 14 will mask the IDFA by explicit opt-in. Consequently, this will take place of the limited ad tracking (LAT) opt-out in place. Apple indicated that in early 2021, any application tracking users or utilizing the IDFA must obtain permission before processing using an App Tracking Transparency prompt.

Applications that do not adhere to this will be out of compliance with Apple’s Privacy Policy. As a result, they will be unable to use the IDFA.  These changes will have a significant impact on privacy management and mobile apps. Specifically, this will alter how mobile apps are used to target audiences and gather insight into their users.

A pre–prompt is a notice presented to the user before the App Tracking Transparency permission prompt has been shown or requested. Using  CookiePro’s pre-prompts allows for a chance to educate the user on why the app is about to ask permission to track them.

Since Apple only allows applications to ask for App Tracking Transparency permission once, it is vital to make the most of that chance. By allowing organizations to customize the image, text, translations, and branding of this pre-prompt, the CookiePro SDK helps maximize your opt-ins without much developer effort.

Similarly, a post-prompt is a notice presented after the App Tracking Transparency permission dialogue has been shown once. Accordingly, this can be used to target users that previously selected “Don’t Allow Tracking”. A post-prompt can help navigate the user to an application’s device settings to update the App Tracking Transparency permission setting.

When should you show the pre-prompt? How should you explain the reasoning or incentive behind tracking to your audience?

A pre-prompt, when used correctly, can be a significant value add.  We are not having to rely on a single banner overlay on the application as soon as they enter the application or a more nuanced version in a preference center.  With pre-prompts, we can be more contextual when asking for consent.  Pre-prompts can be used to gather consent to allow IDFA or user’s choices to share more data.

When developing the pre-prompt, there are several factors you’ll want to consider.  First, identify your audience and specific personas interacting with the prompt.  This will help you craft language that will resonate with that audience.  Next, consider the context of when you’ll show these prompts.  An example of this would be using your prompt to explain to the user why their location is needed to complete certain tasks at a relevant time. Finally, you’ll want to explain to your audience what the value exchange is.  What are they getting in return for giving you data?

If somebody is in a hurry, you may want to wait to use your pre-prompt later and hold off on using IDFA.  You only get to show it once, so you want to make the most of your opportunity. This also stands true in cases you don’t want to show a series of pop-ups, you can say we use these trackers, implement a global accept all, and then based on that you can show them the pop-up.

Is the privacy framework consent prompt only relevant in the context of IDFA? Would an aggregated alternative to the IDFA be usable without consent?

You’ll want to look to your privacy jurisdictions for this one. Apple did quote in one of their articles around using an identifier other than the IDFA and said you can’t use an email to track the mobile app user. You need to receive the user’s permission through app tracking permission.

If you truly have an aggregated alternative in the US, you don’t need worry about consent, but in Europe, you’ll still want to likely capture consent.  You’ll want to review your GDPR data mapping activities and risk analysis as a business. But if you truly have an aggregated email than that’s the route, you’ll want to go but with something like a hashed email for individual use you’ll still want to use a prompt for app tracking transparency.

Yes, the idea here is anything that is at the identified individual level or if you want to track at the individual level on your mobile app you have to be clear about that and have that app tracking transparency prompt.

Do you think we will one day see cross-app or authenticated consent preferences?

An example of cross-app consent preferences would be where a user may always allow their camera to be used.

Right now, we have tools to provide cross-app consent preferences and we can pull those consent signals through our CMP.  The change will come/where we’ll see those operating practices come into place Even if we are pulling these consent choices, you’ll still need to show the Apple prompt.

Next steps on iOS IDFA FAQs:

Apple iOS 14.5: How to Prepare with CookiePro

What is Authenticated Consent?