Knowledgebase Mobile App Consent What is the iOS IDFA?

What is the iOS IDFA?

The iOS Identifier for Advertisers (IDFA) is a unique identifier that Apple assigns to each mobile device for third parties to target and measure the effectiveness of advertising. It’s like a tracking ID in a mobile phone instead of a browser cookie.

During Apple’s Worldwide Developer Conference (WWDC) in June 2020, Apple announced it would embed this new opt-in system for tracking users called IDFA (Identifier for Advertisers).  The new iOS 14 feature prompts users with a pop-up, asking if they want to allow personal tracking for advertising purposes.

The data collected can then be used to discover information about the user’s behavior such as when users interact with a mobile advertising campaign and whether they click the advertisement.  IDFAs are important because they’re an accurate way to track iOS users.  By assigning a single device to a single IDFA, advertisers are able to track IDFAs within their campaigns to gain more information about the demographics and behaviors of that user in order to better target adverts.

What Has Apple’s iOS IDFA Changed?

Previously, consumers had to actively opt-out of sharing their IDFA with advertisers. Now they have the ability to choose to block the sharing of their unique identifier at the app level. Similar to the example below. 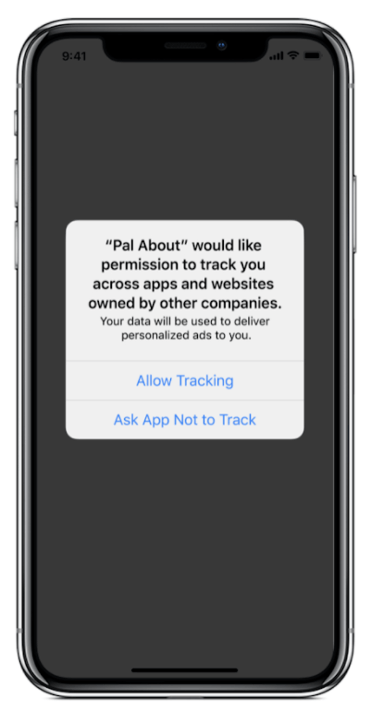 This popup notification is similar to Apple’s previous update which informed users that an app was tracking their location. They gave users the choice to “always allow”, “limit its use”, or “deny access”. Additionally, users of ios 14 will have a dashboard for “App Privacy” to see what permission their apps have access to. 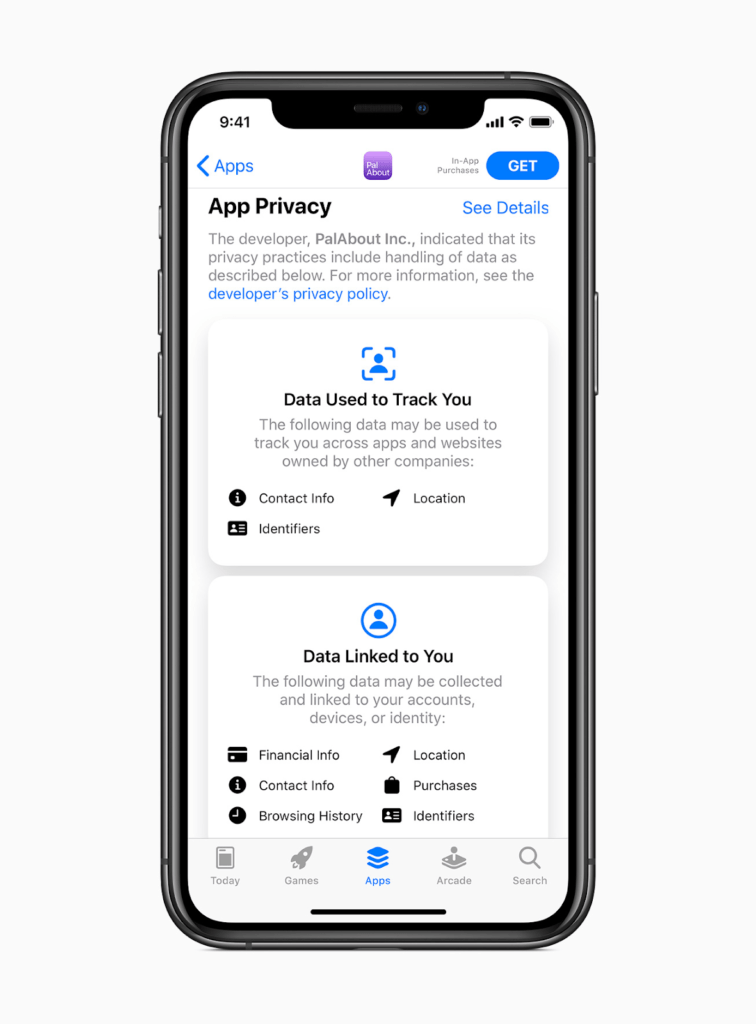 How Will Advertisers Be Impacted By iOS 14 IDFA?

Currently, many major platforms (like Facebook, Google, Snapchat, etc.) are still working out the details on how to adapt to these major changes. Apple has suggested its SKAdNetwork as an alternative option for privacy-friendly ad measurement and attribution. The intention is to provide conversion data to advertisers without revealing any user-level or device-level data. However, the SKAdNetwork currently has low adoption levels from ad networks.

Advertisers will be impacted in two main ways:

How to Enable IDFA on my iPhone?

From the home screen on your iPhone:

Scan your mobile app and collect user consent for analytics, advertising, and other tracking technologies.